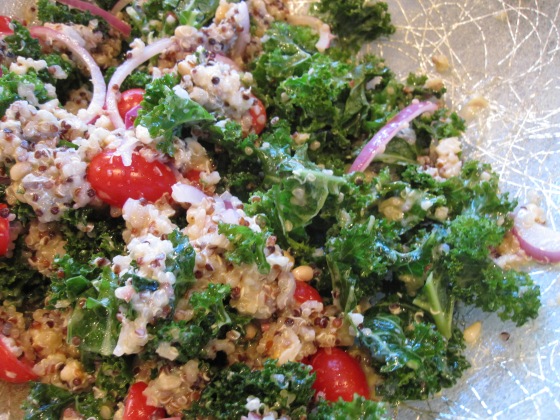 What is quinoa anyway? It’s not a grain. It’s some weird seed-type thing. We were told last year at the Urban Solace Passover Seder that it’s okay to eat on Passover because it’s not a grain. I had to look it up on Wikipedia. Also learned from Wiki – 2013 is International Year of Quinoa. Seriously. “The objective is to draw the world’s attention to the role that quinoa plays in providing food security, nutrition and poverty eradication, in support of achieving Millennium Development Goals.” Go, Quinoa! 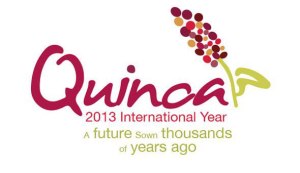 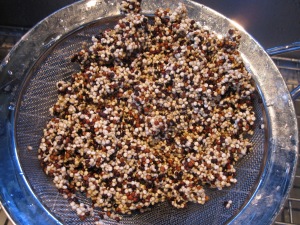 Okay, so back to the quinoa salad story… Great Maple is a new-ish restaurant in San Diego, housed in what used to be an old-school coffee shop. It’s funky and cool and the food & cocktails are really good. Tony and I went a couple of Friday’s ago. They do this cute thing every Friday at 6:30pm…they bring a glass of champagne to every patron and do a toast called “Cheers to Charlie”, basically saying thanks for a great week. Very cute. (Oh, and did I mention the cocktails? I had a Great Maple Honey Mule…honey vodka, mint, lime & ginger beer. Served in a really cute bear glass. Heaven.) 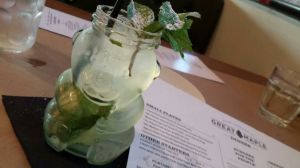 Sidetracked again.  The salad. Great Maple calls it Suzi’s Farm Kale Salad: fresh local kale, quinoa, Pecorino cheese, fresh tomato, red onion and shallot vinaigrette. It was delicious. So delicious, in fact, that I couldn’t stop thinking about it. So the Sunday after we ate there, I created a similar recipe. And we’ve had it  three times since. Might be my new favorite salad.

salt and pepper to tasted

In a blender, combine the lemon zest and juice, shallots, mustard, vinegar and garlic and puree until smooth. With the machine on, slowly add the olive oil until emulsified. Pour into a bowl and season with salt & pepper.

(adapted from Great Maple…via my memory)

1/2 cup red onion, thinly sliced into rings and then halved

1/4 cup pine nuts (the salad at GM may or may not have had pine nuts; I thought I remembered them, but I don’t see them listed on the description on their menu online)

Cook quinoa according to package directions. Fluff with a fork & set aside to cool to room temperature.

Best if made a little ahead of time, chilling for at least half an hour.